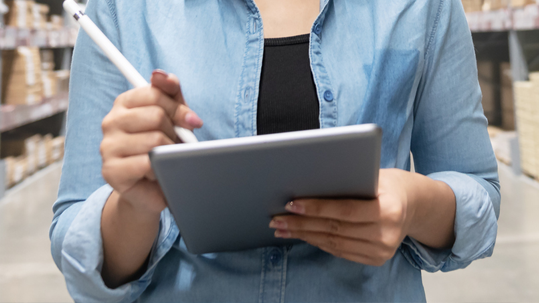 Posted at 04:24h in Expert opinion, Uncategorized by Alex Meyer

An occupational therapist with a wide range of experience who is also a credible expert witness is vital to supporting successful cases of liability against an employer. In a recent trial – Barker v The Corporation of the Trustees of the Roman Catholic Archdiocese of Brisbane, my experience in risk assessment, workplace health and safety and occupational rehabilitation proved invaluable. The judge accepted my evidence that the back injury in question could have been prevented if the employer had conducted a thorough risk assessment of the workplace.

One of the most important strategies to prevent injury is to conduct regular risk assessments. Risk assessment is a three-part process of workplace assessment (this may involve consultation with workers, review of injury statistics, surveying staff, observing and videoing staff undertaking practices), risk identification (using this information against workplace health and safety codes to identify potential risks) and risk control (developing measures to eliminate or reduce risk such as worker education, modification to work practices, modification to equipment, rest breaks, introducing task and postural variation, and scheduling).

In this particular case, the work task that caused the subject’s back injury involved the worker, a librarian, upending a large wheeled box which had a spring-loaded bottom. The bottom of the box lowered when loaded with books and sprang back up when unloaded. There was a small gap which books could slip through and the usual practice was to tip the box over to dislodge them (usually done by two workers, but on this occasion executed by a single worker). Following the injury, a simple measure was implemented by the employer to prevent further injury – placing a cloth over the bottom of the box to prevent books slipping down.

My experience in conducting risk assessments at the Australian Archives (which was similar to the work environment where the accident occurred) allowed me to confidently argue that had a risk assessment been done, it would have identified this work practice as risky and recommended measures be implemented to prevent an injury.

The injured worker had always intended in the future, once her children finished school, to return to an executive secretary role, which was more physically demanding and more highly paid. The injured worker had excellent references in this field and had continued to do a minimal amount of work in this sector. I was also asked to comment on the injured worker’s capacity to return to this field. Using my many years of experience in occupational rehabilitation, which involved designing and conducting return to work programs, matching functional status against work demands and estimating future work capacity, I was able to argue convincingly that the injured worker had no capacity to return to either full-time work in her current role or to work in a more demanding executive secretary role which entailed longer hours, because of her ongoing pain, difficulty multi-tasking and loss of confidence. Future economic loss was calculated at $249,693.75.

This case demonstrates how an experienced occupational therapist can effectively contribute to damages awarded in workplace accidents.

Nancy Stephenson is a respected Occupational Therapist, with 34 years of experience in the field, including many years in private practice consulting to industry, insurers, and government and private organisations. She has worked for 15 years in medicolegal assessments for personal injury, medical negligence and workplace and industrial accidents.