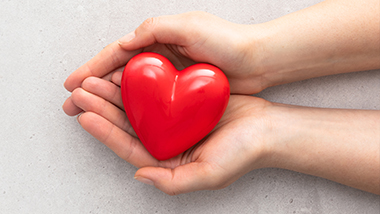 Posted at 05:23h in Expert opinion, Uncategorized by Alex Meyer

Despite mounting evidence linking psychological and mental disorders and cardiovascular disease —especially acute myocardial infarction or heart attack — scepticism among cardiologists remains. Apart from the adverse effects of depression on heart attack, and that hypertension due to stress contributes to stroke and heart attack both being generally accepted, other areas of mental ill-health have not received adequate attention.

Mental stress is not readily measurable in hard numbers. What is experienced as seriously stressful by one person is a challenge for another. Evidence from large population studies observed over lengthy periods has consistently identified psycho-social stress as a risk factor that is almost equivalent to elevated blood cholesterol, high blood pressure, smoking and diabetes. But the American Medical Association’s ‘Guides to the Evaluation of Permanent Impairment’ does not list depression and other mental health disorders as criteria for impairment of the cardiovascular system.

Stress-related disorders have repeatedly been reported to increase the risk of heart attack by more than 50 per cent. These attacks may occur within months of persistent stress but more commonly occur after several years. Editorials in major cardiovascular journals have emphasised the need to seek out symptoms of genuine psychological distress as well as serious psychiatric manifestations of depression. The risk is almost equivalent to that of conventional risk factors.

Depression is the one serious mental health disorder impacting on adverse cardiovascular events that is widely accepted by cardiologists. The magnitude of the risk differs mostly between two-fold and about +50 per cent. By far the largest study was published last year in the Journal of the American Medical Association. Participants were drawn from European prospective observational studies (162,000) and the UK BioBank (>400,000). Over nine years there were many thousands of cases of heart attack or stroke. The relationship between a meticulously derived depressive score, estimated at the start and subsequent clinical events, was significant.

Diagnostic assistance from psychiatrists is advisable, although the nomenclature may be complex such as ‘Mood and anxiety disorder with depressive symptoms’.

Persistent psychological distress can also be measured through appropriate questionnaires. Anxiety and depression vary over time and studies have shown that heightened risk for heart attack results from recurrent episodes of serious distress. We have shown this recently in a subset of 950 participants in the large LIPID trial of statin efficacy in people with stable coronary heart disease. Those who over four years reported at least three episodes of moderate to severe psychological distress were up to four times as likely to have experienced a cardiovascular event including death compared to those with only mild or rare periods of distress.

This diagnostic term has become more firmly established as a cause of cardiovascular events. Some argue that this may only be an association and not necessarily causal. When it occurs, as one has seen, following a major vehicle accident, or in an injured fire-fighter, or in a sexually abused person, the link looks obvious. It is with lesser injuries that careful attention to the diagnostic guidelines becomes important. Five DSM-5 criteria are recommended, of which four are required (shown here in abbreviated form):

Reports in cardiovascular and psychiatric journals link the two disorders with >50 per cent chance of a serious cardiovascular event occurring within a year of the traumatic event. Nevertheless, post-traumatic stress disorder is not well recognised by cardiologists as causing heart attack.

These are regarded by cardiologists as being frequently associated with fear of cardiovascular disease and are not uncommon following such an event. There is however persuasive support in the literature for these psychological disturbances to be significantly linked to cardiovascular events and in some cases that one has seen very likely to have been a contributing factor to the heart attack.

Evidence is stronger for an apparently causal link between an episode that is emotionally highly stressful and heart attack, often as a sudden death. Good examples are cardiovascular events that were documented in the days following major earthquakes (in Tokyo and Athens) and the attack on the Twin Towers in New York. Similar increases in events and mortality occurred following major sporting events, such as the World Cup final in Germany.

Of greater relevance in the workplace are the emotional confrontations between individuals that arouse excessive anger. This is a reasonably common scenario for acute heart attack that may occur within hours or within days depending on the damage within the coronary arteries (the duration of an atheromatous plaque to rupture causing occlusion by a thrombus). Repeated serious outbursts of anger in the workplace can also be a prelude to a heart attack.

A dramatic example of an acute emotional episode causing myocardial infarction is the so-called Takotsubo heart attack. Described initially in Japan (echocardiogram resembles a Japanese Takotsubo pot that traps octopus), it is now seen more frequently in coronary care units. The heart is damaged by a large surge in adrenaline in an emotionally supercharged person, more often female.

Heightened prevalence of heart attacks attributable to job strain has been consistently demonstrated in large population studies. Measuring job strain has been carried out through multiple semi-objective tests based on structured questionnaires. It is an area rarely explored by clinicians, yet a commonly elicited factor through appropriate questioning. Workers are surprisingly accurate in recalling events that had caused them considerable stress leading to emotional imbalance, insomnia, and uncontrollable anger at home. They complain of recurring bullying, intimidation and absence of fairness when confronted by supervisors.

Two publications this year support previous observations. One large long-term European group of workers who reported persistent work stress experienced a three-fold increased probability of dying from a heart attack or stroke. The World Health Organisation warned of the risk linked to long working hours: individuals working 55 hours or more weekly versus those working from 35 to 40 hours experienced 35 per cent more strokes and 17 per cent more coronary heart disease deaths.

Bullying, intimidation and angry confrontations at work leading at times to violence under circumstances of unequal workplace power are cases not uncommonly referred for opinion when the outcome is a heart attack. This may occur over many months or even for years before the stress manifests in an acute heart attack. Of the many papers on this subject a recent European report from a large study of workplace violence found that among the 9 per cent of 80,000 workers who reported repeat bullying and the 13 per cent who reported violence during one year the increased rate of heart attacks and other cardiovascular events was 60 per cent higher than among those not bullied. Similar increased risk for premature heart attack from recurrent bullying has been reported in other large populations of workers such as nurses.

Not surprisingly, certain workers such as first responders are referred more often than others. One other, less well-recognised example is heart attack among long-distance truck drivers. The report is of a truck apparently pulled to the side of the road with a dead driver. Truck drivers suffer multiple risks: long periods of physical inactivity, insufficient rest, unhealthy pattern of eating, insufficient rest and sleep, pressure to deliver. A special unit in Sweden studying professional drivers during the night has documented stress and rise in blood pressure from approaching headlights.

There is support for shift work, excessive overtime and work pressure to be linked to increased cardiovascular risk. Adverse environmental conditions such as high ambient temperature and pollutant atmospheric particles also need to be considered in workplace litigation.

As with all aspects of job strain much depends on the worker’s evaluation of stress and ability to adapt. Currently momentum is moving in the direction of improved workplace harmony.

Associations between mental health disorders including persistent distress and heightened risk of serious cardiovascular events have not been adequately recognised by the legal profession and by clinical cardiologists. Evidence is strong both for depression and post-traumatic stress disorder provided the diagnostic criteria are met. There is also emerging evidence requiring clearer definition that links anxiety states and panic attacks with heart attack. Highly emotional episodes of stress and anger can lead to sudden cardiac death. Of particular importance is the recognition of the various aspects of job strain that increase the burden of cardiovascular disease in the workplace. Of note are persistent bullying, intimidation, humiliation and by unequal confrontations between workers and management.

Professor Paul Nestel is a Consultant Cardiologist and a highly qualified and experienced expert of cardiovascular medicine, atherosclerosis, diabetes and nutrition. Professor Nestel has had several decades of medico-legal expertise in workplace litigation relevant to cardiovascular disease.